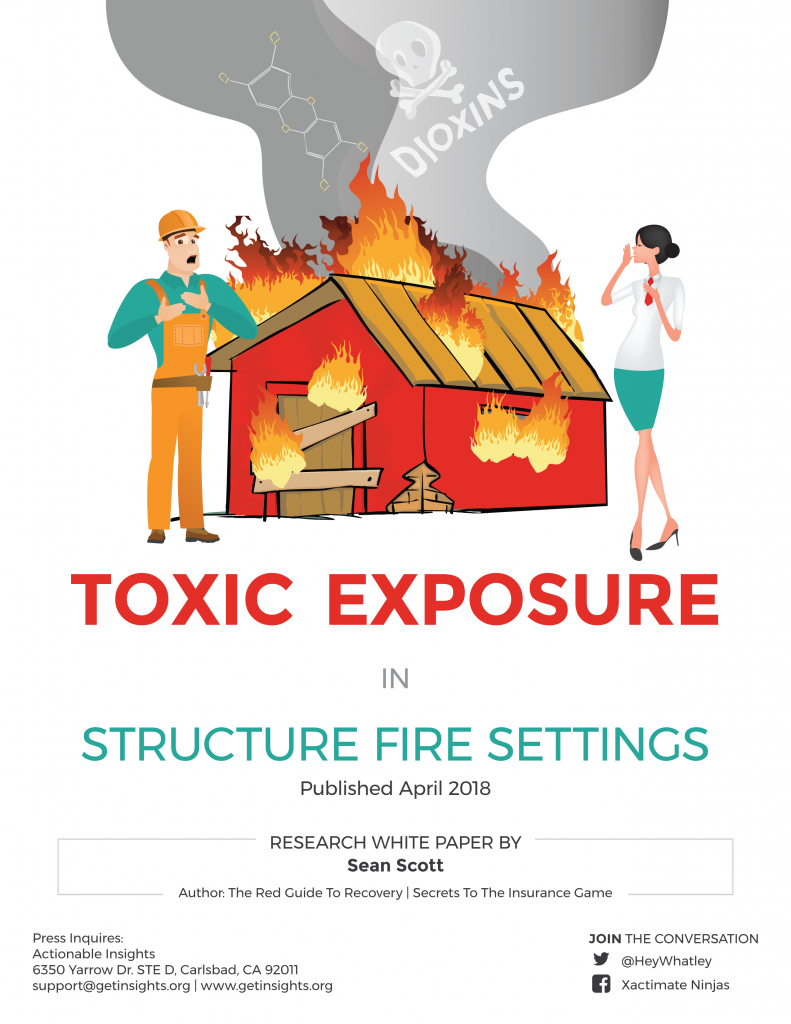 Insurance adjusters are well aware of hazardous materials such as asbestos, lead, and mold, but few realize how toxic smoke particulates and soot can be. Dioxins, especially 2,3,7,8-tetrachlorodibenzop-dioxin (TCDD) has been called the most toxic man-made compound on Earth. Scientists say it is exceeded in toxicity only by radioactive waste.

Certain dioxin-like polychlorinated biphenyls (PCBs) with similar toxic properties are also included under the term dioxins. A characterization by the National Institute of Standards and Technology of cancer-causing potential evaluated dioxin as over 10,000 times more potent than the next highest chemical (diethanol amine), half a million times more toxic than arsenic, and a million or more times greater than all others.

TCDD has also been extensively studied for health effects linked to its presence as an ingredient in Agent Orange, which was used as a defoliant during the Vietnam War. Dioxins are formed when products containing carbon and chlorine are burned, such as plastics containing PVC.

Even in picograms (parts per trillion), dioxin is associated with severe health damage that can shorten the lives of people exposed to it, and potentially that of their offspring and future generations. The genetic effects may skip a generation and reappear in subsequent generations. Ingesting dioxin can also result in congenital malformations and a slow wasting syndrome followed by death similar to the AIDS syndrome…

Continue Reading
By using this site, you agree to our Terms and ConditionsGOT IT